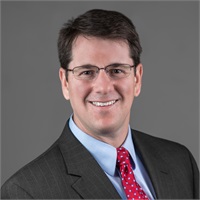 With his CFP® completed, Scott became an associate financial advisor in 2007 and joined Horizon Planning Group in 2015, where he is now one of our skilled financial advisors. He specializes in retirement income planning, helping give our clients security and peace of mind in their retirement finances.

Scott was inspired to pursue a career in financial planning by his mother, who was a financial planner herself. Her knowledge and skills helped set Scott’s family up for financial success and allowed Scott to graduate from college without debt, thanks to the college savings plan they’d established early on in his life. Seeing the impact that a financial planner’s skills could have on his own life inspires Scott to have a similar impact on the lives of his clients.

Scott was born in Chicago, Illinois, and eventually moved to Marietta, Georgia. He now lives in Woodstock, Georgia, with his wife, Sara; their daughter, Anna; and their dogs, Ginger and Bailey. He’s a big fan of most sports and enjoys playing in his baseball league and golfing.

In addition to his CFP®, Scott holds his state insurance licenses and his series 6, 7, and 63 securities licenses.

Schedule an appointment with Scott here.