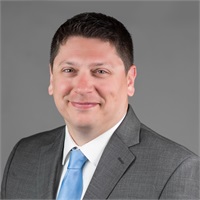 Nick Marrano joined Horizon Planning Group in 2014 as an Intern. After graduating from Kennesaw State University, Nick moved into a Client Services Associate role and worked to become a Financial Advisor. Nick grew up in New York and Miami, and after graduating high school, he and his family moved to Woodstock in 1999. He is a United States Marine Corps veteran (2001-2005) and completed two tours of duty in Iraq.

Nick is heavily involved in volunteer work, and has a passion for youth development and the Make-A-Wish Foundation. He and his wife, Marissa, live in Marietta with their two dogs, Lewis and Henry.